IT TAKES 10,000 HOURS TO MASTER YOUR CRAFT BUT I CAN TEACH YOU IN FOUR!

Suppose I told you I know how frustrating it is to have a lots money and passion for making music but didn’t know where or how to start. Let me tell you a little story. When I was 18, I received my first small annuity checks from a nearly fatal accident I was involved in as a child. I used as much as I could to learn and buy music equipment. It was a necessary trial-and-error process to perfect my craft as a music producer for many years in my home studio. In hindsight, Some things could have been avoided. Like figuring out which programs worked best for me and how to master them as fast as possible to make more money? How much should I charge artist, and who should I NOT charge at all? How to stand out as a musician/producer in a saturated market? Even the little things like where to find the right sounds, how to use them creatively, and how to avoid overproducing songs? With only a few mentors and guidance, I scoured sites like e-bay and torrent sites for affordable equipment and software, piecing together a quality studio on a tight budget. But even when you have money to invest in your craft as a beginner, it is even easier to invest in the wrong equipment and software. And when it came to working with big-name artists, I had to learn the ropes myself through trial and error. But finally, after years of hard work, I got it right. I went from carrying around expensive bulky equiptment with cracked software, to just a midi controller and laptop with purchased software that has landed me in studios with the biggest names in music and on stages performing in front of tens of thousands of people. And it all started with everything I'm about to show you in my music production masterclass. 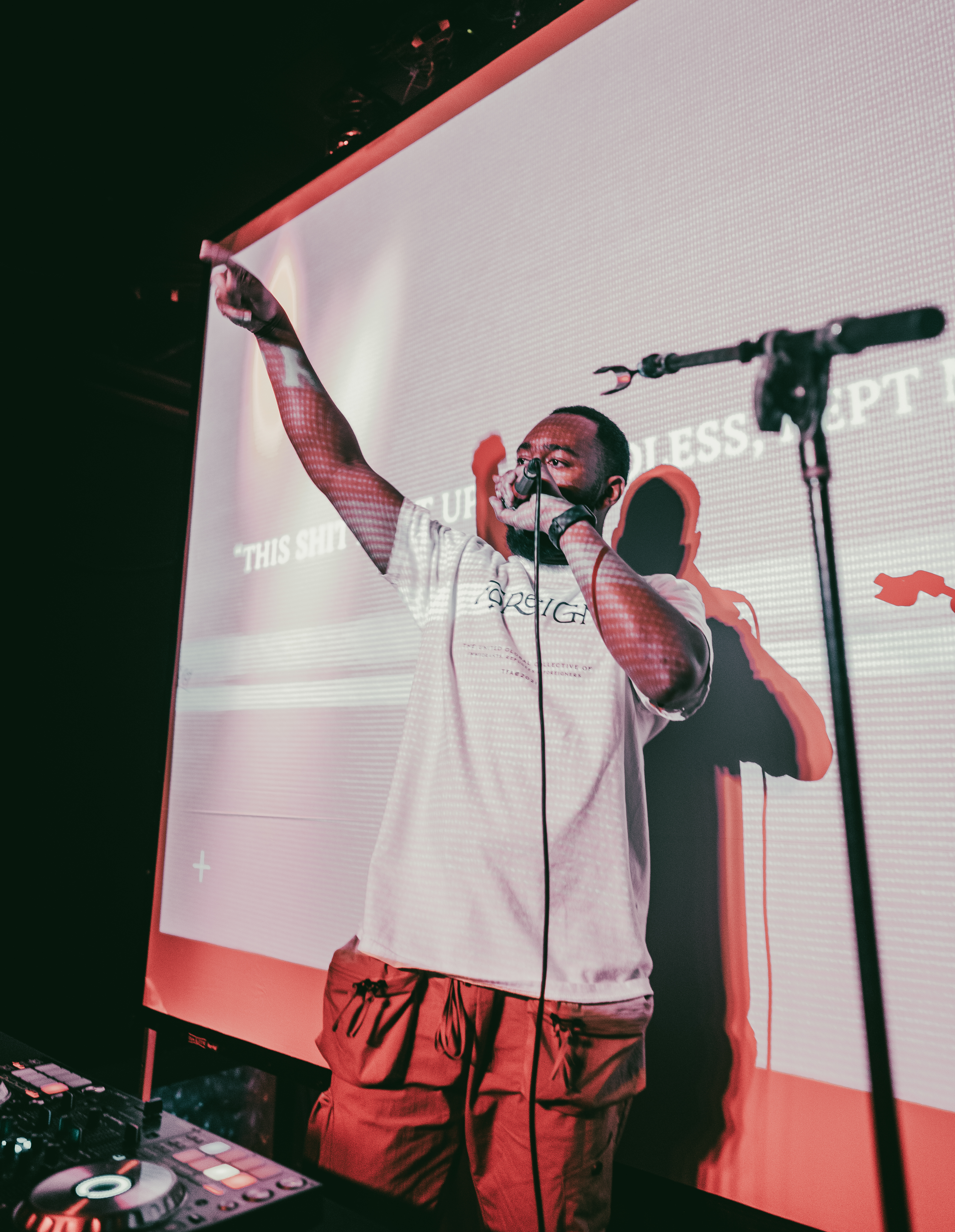 Hi, my name is Komari Bailey

As a self-made Entrepreneur, DJ, Producer, Audio Engineer, and Instrumentalist versed in a multitude of industry talents, I am a universally-skilled music artist based in the D.C Metropolitan area.

I was raised between Washington, D.C, and New York City, tapping into my love for music at only 9 years old when I first learned to play the keys.

Allowing my penchant for sound to guide me to my subsequent sonically creative roles, I picked up producing and engineering in 2007 and began DJ'ing full-time in 2016. I studied the art of sound tabling so masterfully that I was nabbed as Dreamville's first female artist, Ari Lennox's official DJ, and Engineer. With my experience working closely with Ari, I joined North Carolina Rap Icon J. Cole's 4 Your Eyez Only World Tour in 2017.

I've always been an individual who has had my hands in multiple pots. Between 2014-2016, I grew into my role as an Official Partner, Head Engineer, and Producer for Black Wax Creative Studio (founded by Rob "After The Smoke" Coin and Hiko Mimoji). My time at this studio allowed me to collaborate and join creative forces with several talents, including Khalid, Jaden Smith, and A$AP Mob, to name a few. Before the Black Wax Studio team decided to close its doors and redirect, I dedicated my engineering work to Khalid's critically-acclaimed American Teen debut album, officially marking me as a Grammy Award-nominated Engineer.

In 2014, I founded and established my growing label and entertainment venture, 50 Billion, currently organizing, producing, mixing, and arranging records for artists such as Xavier Omar, Bas, and Anik Khan.

2019 was a year of transition for me. I founded The Humble Youth program, an idea that I have been subconsciously creating for 10+ years. Constantly reminiscing about my formative years as a young adult traveling the world, I had the vision to reach back and change the lives of youth who aren't allotted the same opportunities or resources as I had to broaden my horizons in musical enrichment, financial literacy, and world exploration. Juggling between recording, touring, and engineering, I have been formulating The Humble Youth to educate and take our future generation further than they went.

With that being said, welcome to my comprehensive course. I will show you the little things that i have implimented into my workflow that have helped me get placements with major recording artist to sync deals in major blockbuster movies. 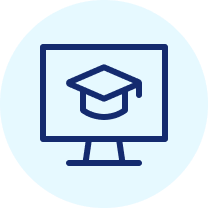 MY PERSONAL TIPS AND TECHNIQUES 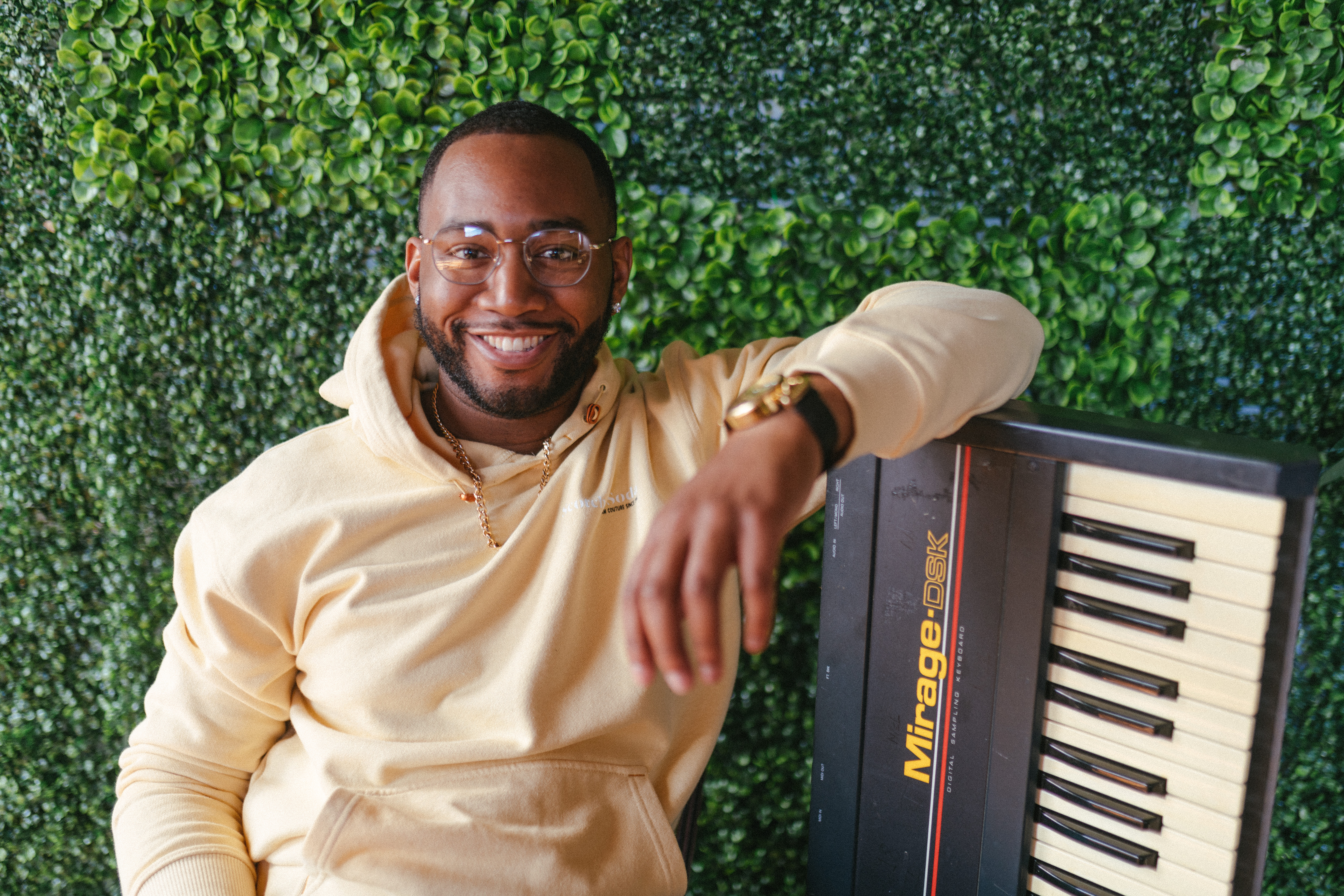 HERE'S EXACTLY WHAT YOU'RE GOING TO DISCOVER IN THIS COURSE....

The respect and confidence that you have been looking for when you walk in the studio with any artist.

The key to getting great sound from your expensive music equipment is knowing how it should be set up. Discover how to save time and money on your next project.

The sounds that dwell inside of you are beyond imagination. I want you to discover how to unlock them and turn your ideas into masterpieces with the best instrument in this world - YOURSELF!

Some people might say that the key ingredient in a popular record is a fire beat or catchy lyrics. I would agree with them to an extent, but if you want your songs to get stuck in people's heads and flow,--then musical arrangements are equally important. My arrangement templates have changed my approach to expanding my 8-bar loop into full albums worth of music.

Working for someone else is risky. Whether you're in a full-time job or not, it's never too late to start your own business and run your own music empire. I'll show you the easy way in 12 easy steps.

You have been on the lookout for new sounds. Searching on youtube and google for answers to what plugins and drums were used in your favorite song that made it go viral. However, one thing that can be difficult about this job is finding those secret sounds online without spending all your hard-earned money! I have got you covered with a list of my personal essential VST instruments/drums plugins and some that are free - all of which will give quality results + save time too!

The 20 most significant innovations in history which have helped us listen to and make music from computers that weighed as much as an adult whale to making hits on our phones. As someone who's going through life with me right now, I want you to really understand where we've come from so that you can make a difference about what's coming up next!

JUST A FEW ARTIST I HAVE WORKED WITH... 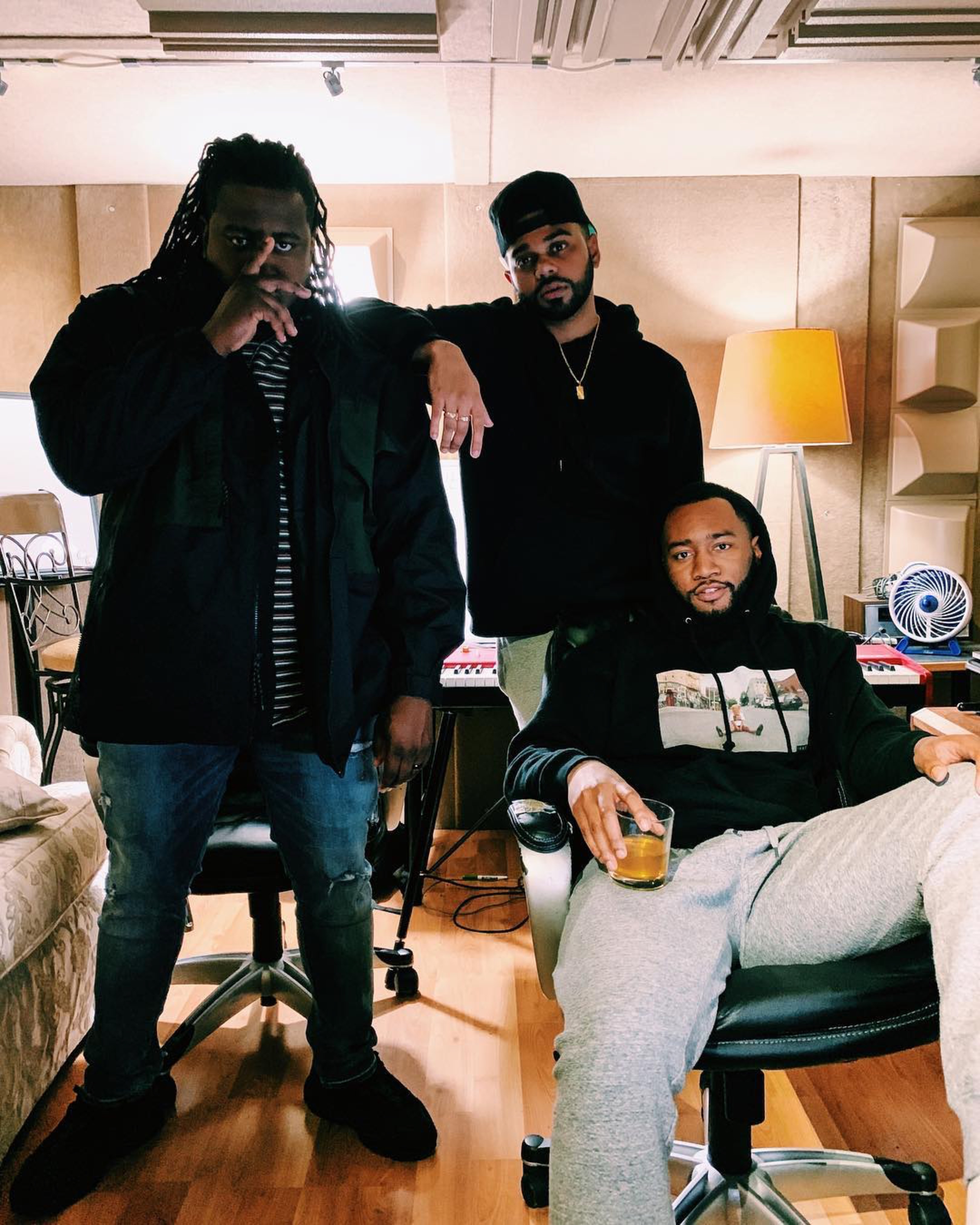 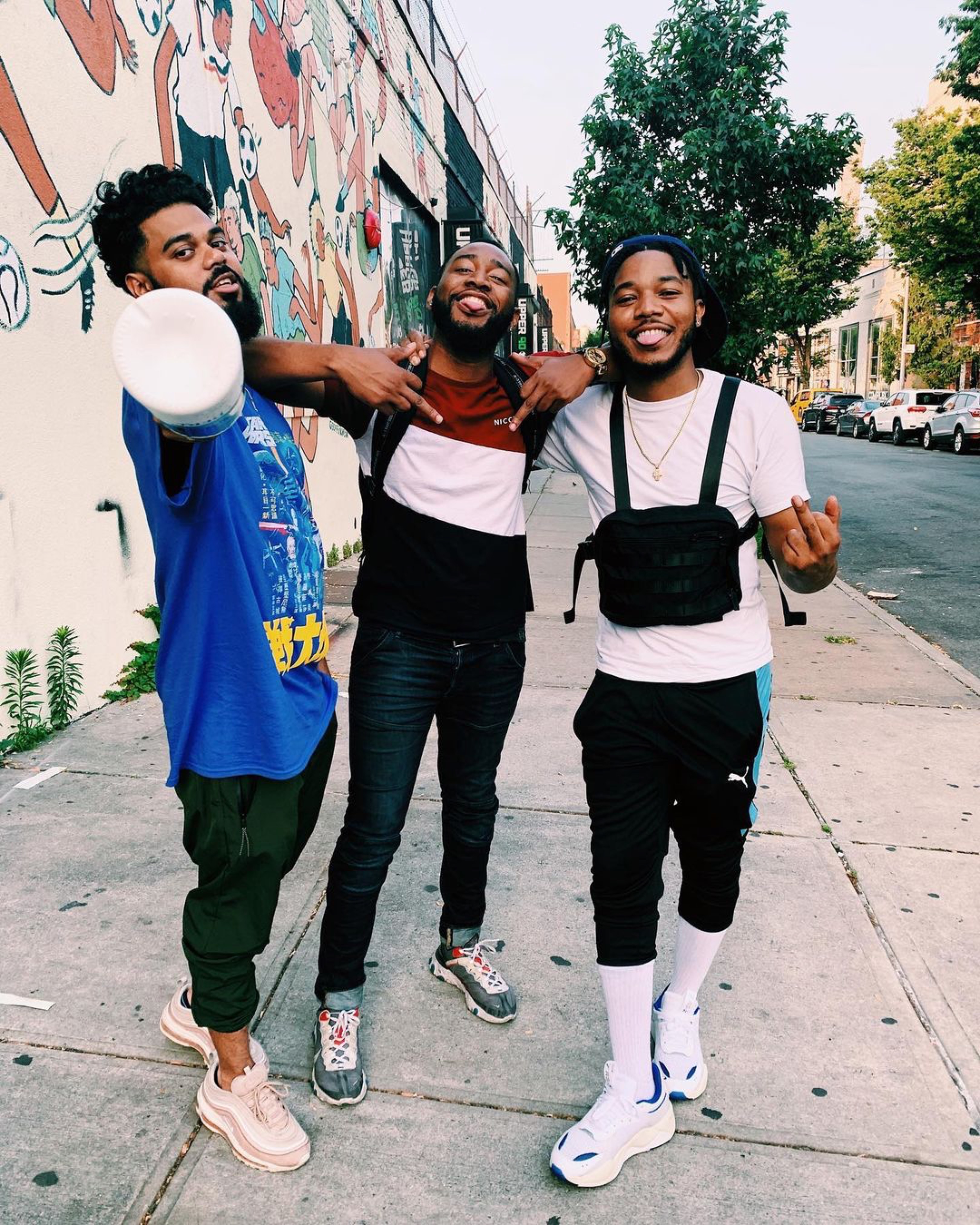 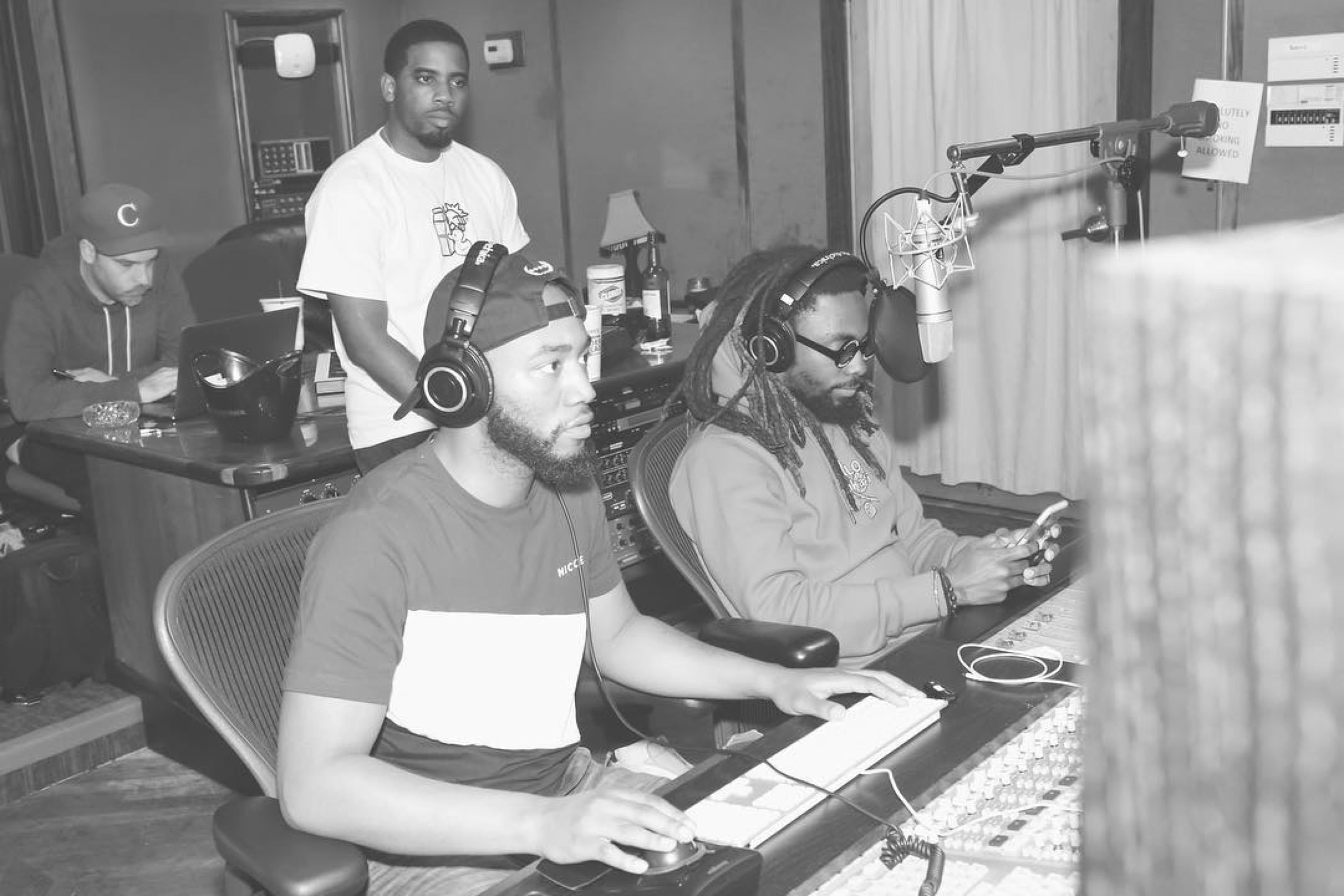 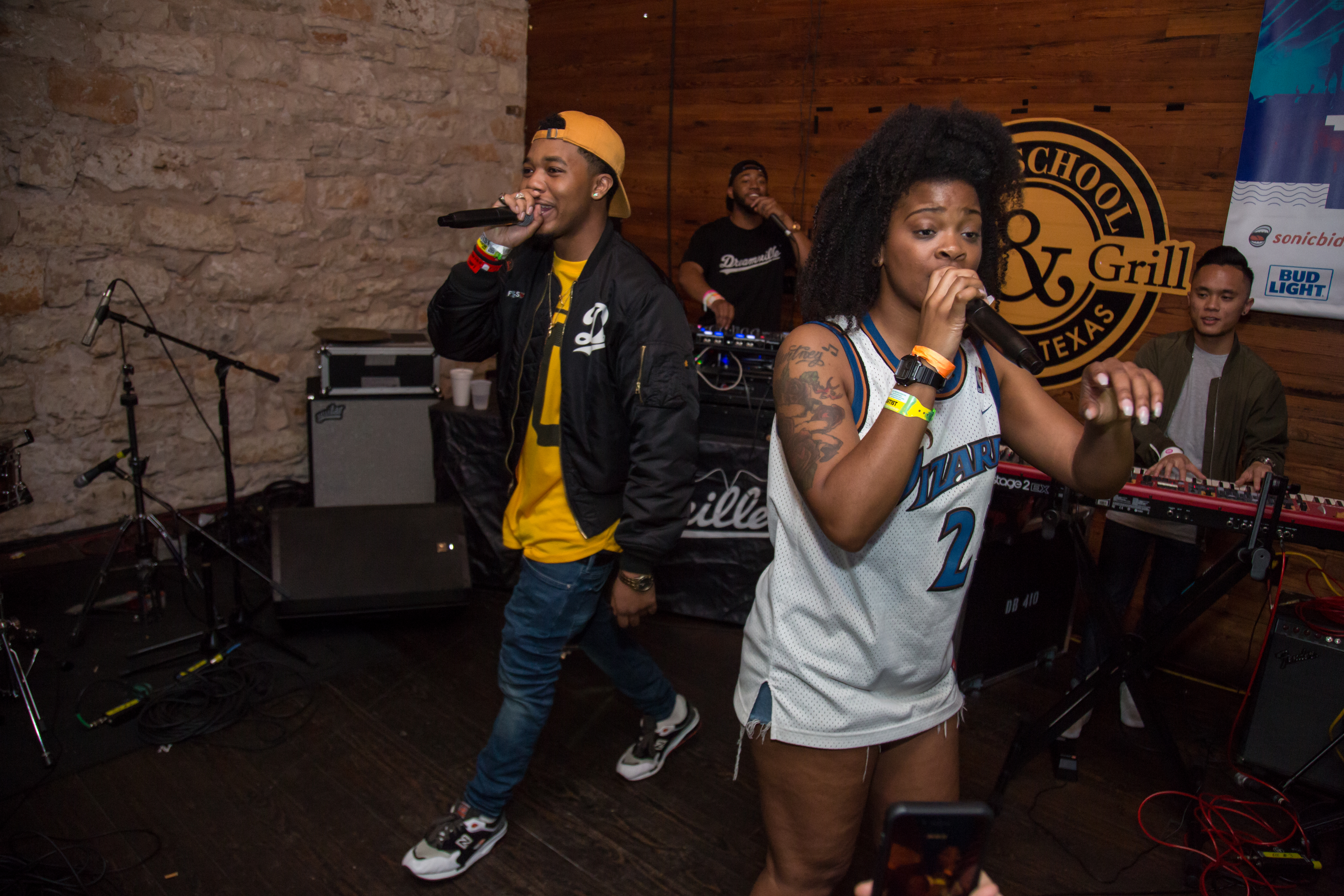 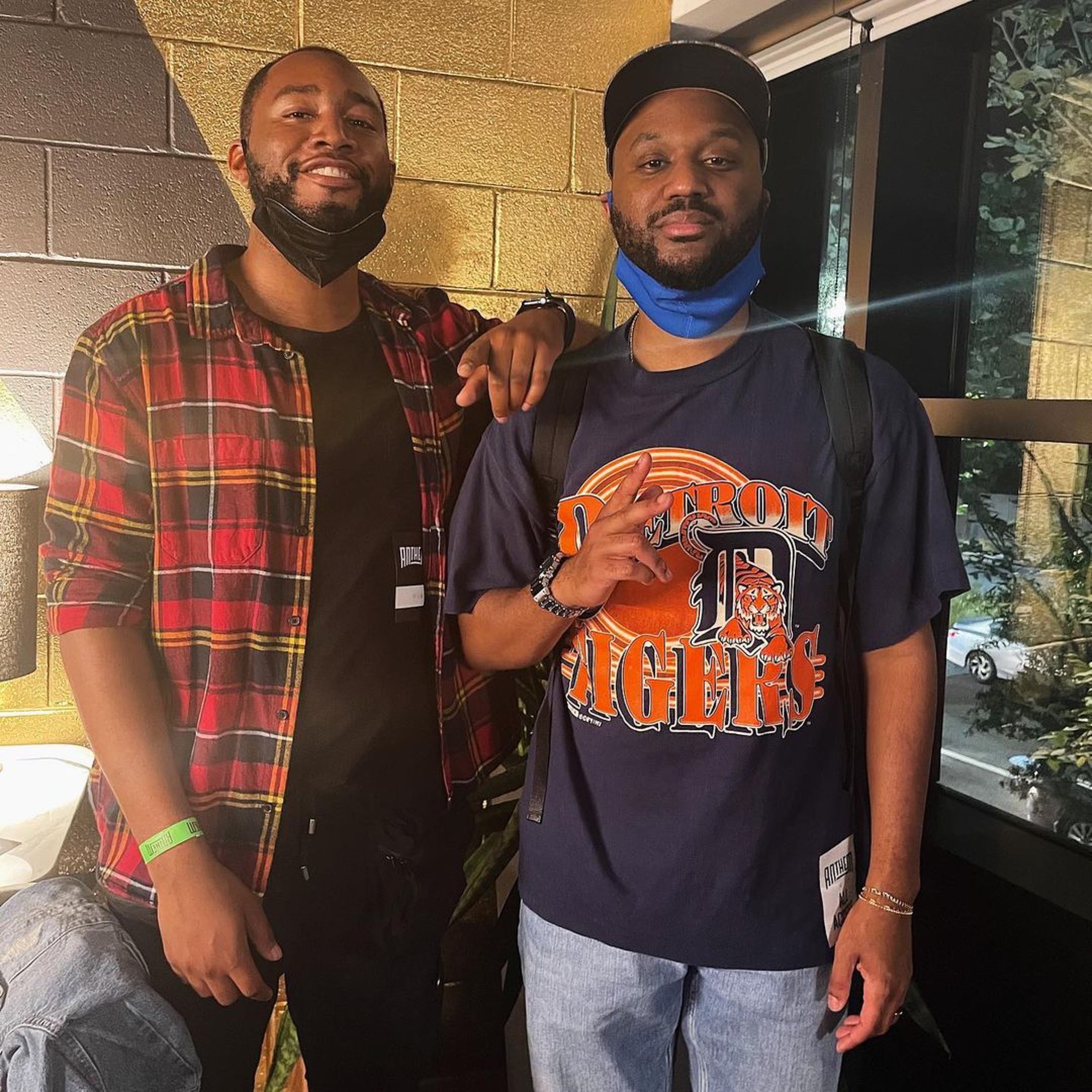 Here's exactly what you're about to get your hands....

Learn my 20 most significant reasons in history why you're able to listen and make music on your phone. Study the past and present to see whats missing in the future.

My personal studio essentials in my day to day work flow

How to set up your equiptment, the right way 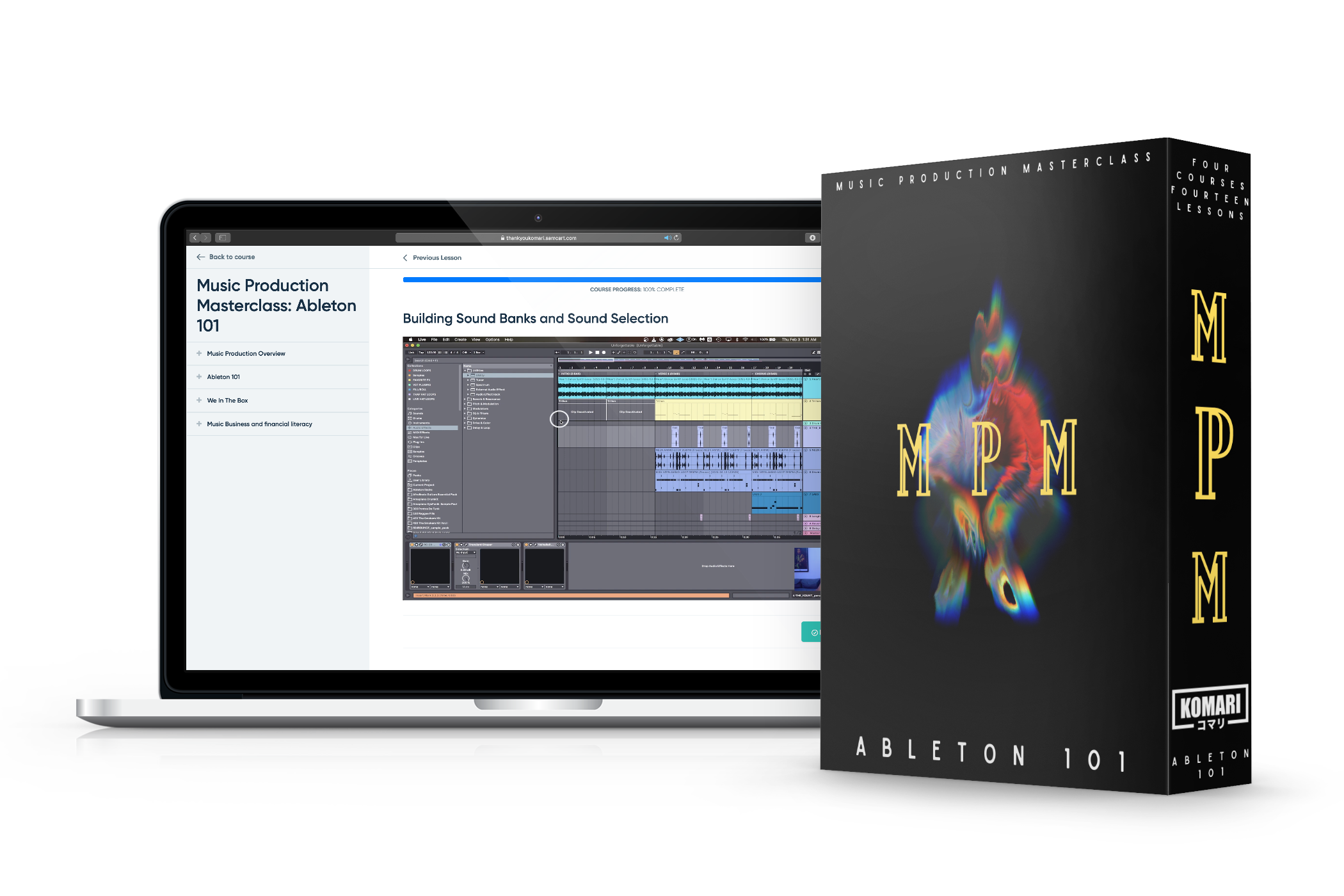 Ableton offers a lot straight out the box. I'll walk you through some of the great features it has to offer and how I've used them.

Ready to step up your music production game? Download my personal shortcut cheat for Ableton. It has helped me speed up my learning curve and I'm confident it can do the same for you. Don't miss out on this valuable tool – add it to your production workflow today and see your skills improve in no time!

All of my custom and colorful Ableton themes that are designed to inspire creativity at first sight. By using a variety of colors, I create a visual environment that might evoke a different vibe. My goal is to always provide a creative space that sparks imagination and encourages exploration.

My 8 Ableton arrangement templates that I use in my studio, so we can work together on creating songs that flow for your favorite artist.

My limited edition "Can i Kick it" drum kit. 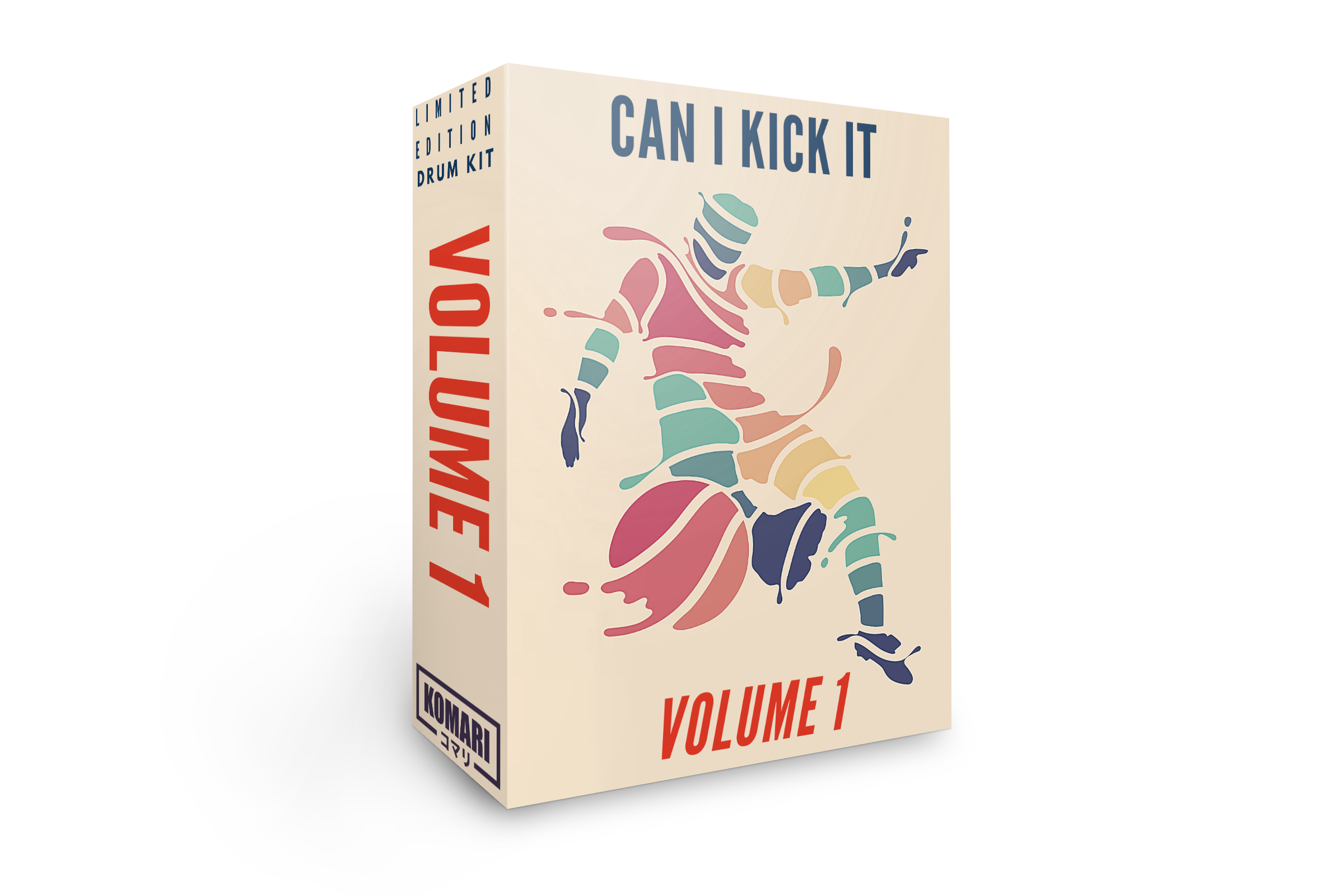 All sounds exported right below unity gain on the master fader

All sounds are 100% royalty free (no clearance required)

Unit 3 | Think Outside The Box

My list and the links to my top 20 free plugins will help get you started immediately and enhance your sound on day 1. THAT'S MY PROMISE TO YOU!

The world of sampling has been around for decades and while there are many techniques to chose from, not all will work in every situation. I've found the 8 best practices that helped me successfully sample my favorite songs without getting lost of repeating myself!

I am always advocating never letting a song go to waste, no matter how old it is. Watch as I sample a never-heard unreleased record I made with the Grammy Award-winning TDE singer Sza. shhhh....tell everybody!

A thourough walkthrough of how i made my one of my favorite records i've made "OMW" featuring Ishmael. You'll see exactly which plugins and sounds i've used and how I used them on this record.

The number one reason why most producers give up on an ideas they've started and THOUGHT they lost.

The most important step that most people get WRONG before sharing your music with the world.

How to be mindful and strategic when it comes to building relationships in the studio. If you want them to call you back, I have15 rules that'll help!

The world of sampling has been around for decades and while there are many techniques to chose from, not all will work in every situation. I've found the 8 best practices that helped me successfully sample my favorite songs without getting lost of repeating myself!

My experience in the music industry has taught me one important lesson: you never know what will happen until it does. I had a lot of studio equipment, and most pieces were irreplaceable, but when they're gone there's no turning back! I lost it all until a producer friend of mine shared the best-kept secret.

There are 12 steps to never being fired again by anyone else. The first step is becoming your own boss and starting a business!

BUT WAIT! Suppose I told you I know for a FACT that I know you're passionate about music and looking to take your production skills to the next level. In that case, this exclusive 30-day offer is for you! For a limited time only, when you purchase this course, you can schedule not one but TWO free 15-minute 1 on 1 video call sessions with me. Just click the calender link attatched to your purchase reciept to schedule your call. This is an excellent opportunity to get personalized feedback and learn from one of the best in the business with my 10+ years of experience! So don't wait - this offer won't be around forever!

You have questions. I have answers.

If you have any further questions, feel free to reach out to me via email at Kruckamusic@gmail.com

Will you be dropping more courses in the future?

Yes, i will drop more courses. Email me at kruckamusic@gmail.com or komari@thehumbleyouth.org to drop a request.

Can I pay for a private session and where do i sign up?

Yes, you can email me to book a time slot.